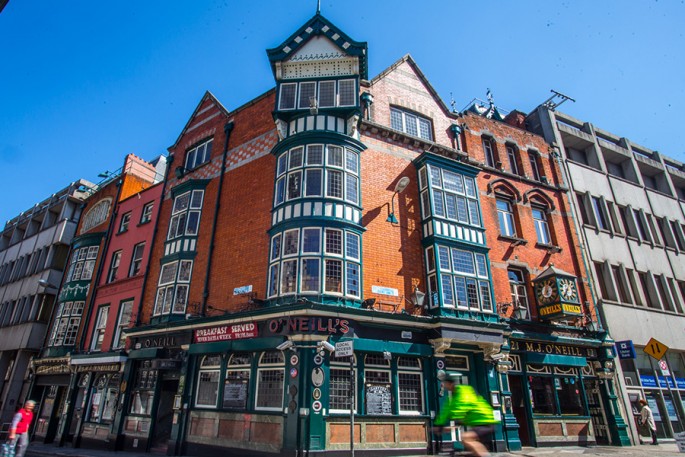 Walking tours have become very popular in Dublin City recently. Hardly surprising when you consider the amount of history associated with the streets and buildings. Here are just a few that are walking distance from O’Neill’s Bar.

Not far from the Gaiety Theatre is St. Stephen’s Green, a beautiful oasis of greenery in the heart of Dublin city. The Green was originally reserved only for nearby residents only but in 1880 the Guinness family led an initiative to hand over the area to Dublin Corporation and open it up to the public.

Dublin Castle is the centre piece to Dame Street and the city of Dublin. Originally built as a defensive fort by the Normans, it later became the residence of the Viceroy of Ireland, the representative of the British monarchy. In 1938 the Castle hosted the inauguration of the first President of Ireland, Douglas Hyde. All subsequent presidents have been sworn in to office here too.

Back across Dame Street the cobbled streets of Temple Bar have become a bustling tourist attraction. If you navigate your way through Temple Bar to the River Liffey you’ll find the legendary St. James Gate where Guinness is still brewed less than 10 minute walk away. 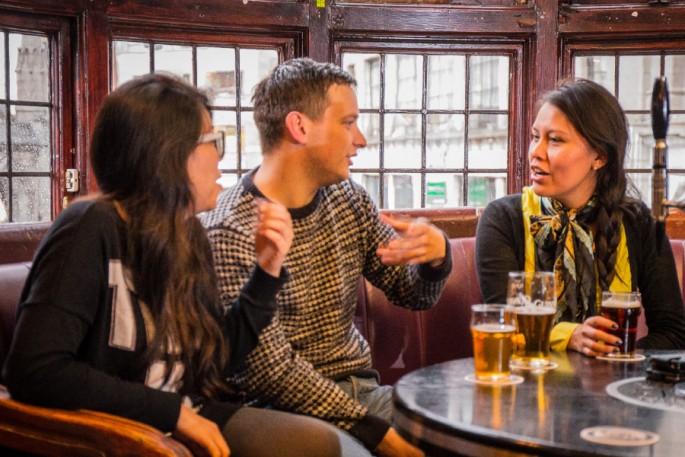 Its pretty east to find entertainment in Dublin. We have some world class venues with world class entertain on nearly every weekend.

For theatre goers the legendary Olympia Theatre is short walk across Dame Street. This theatre is steeped in history and ideal if you prefer an intimate setting for drama or music. The Gaiety Theatres is less than a 5 minute walk from O’Neill’s up South William Street.

The 3Arena (formerly The Point Depot) has witnessed some of the biggest international acts down through the years. 2016 will be no different with a host of stars already booked for dates.

The Royal Dublin Society is a short taxi ride from the city centre. The RDS places host to conferences, concerts and of course is home to three time European Championship winning rugby team, the Leinster Lions.

O’Neill’s Bar has live music on every day and with our 13 TV screens dotted around the pub, you’ve no excuse for missing out on any of the sport.